Bird-watching, or birding, is the fastest growing recreational activity in North America. Surprised? Millions of people throughout the U.S. actively participate. There are apps, clubs, societies — in fact, roughly one fifth of all Americans identify themselves as bird-watchers, from families with young children to experienced birders who travel the world.

If you’ve been tempted to grab a pair of binoculars and give it a go yourself, you’re in luck as you won’t have to travel very far to reach a birder’s paradise. To the northeast of Saratoga lies the Washington County Grasslands, home to over 170 species of birds and full of places to see them. 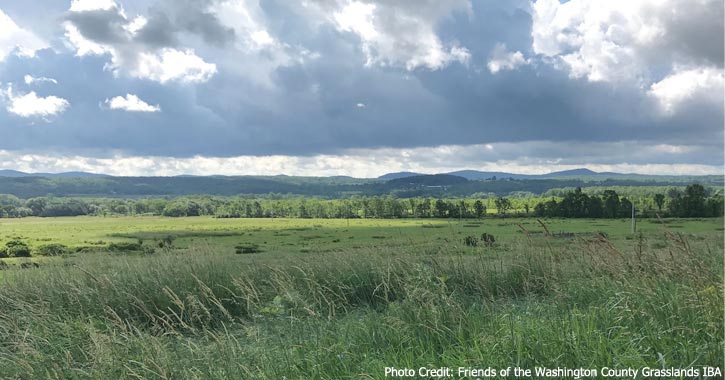 The Washington County Grasslands is a 13,000-acre birding area that encompasses many local communities, such as Hudson Falls, Fort Edward, and Argyle. Although much of the land is privately owned, there are multiple bird-watching hotspots that are open to the public.

The public is welcome to visit the Friends of the IBA’s Alfred Z. Solomon Grassland Bird Viewing Area on 160 County Route 42 in Fort Edward. This is a handicapped accessible viewing area that is the premier spot to view short-eared owls, rough-legged hawks, and other birds of prey.

Little Theater on the Farm 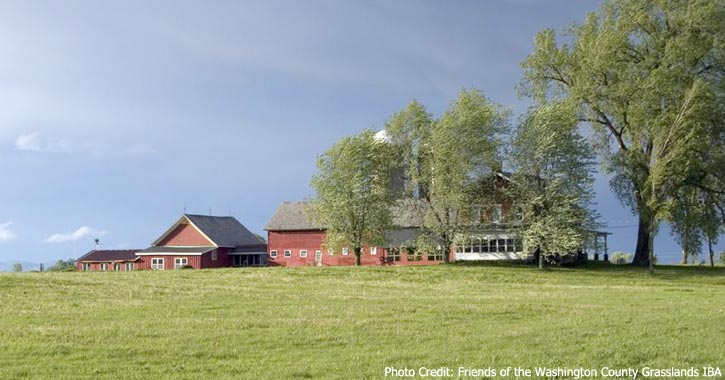 Farms are one of the best places to watch birds year-round, and the Washington County Grasslands is home to more than a few of these agricultural sites, including Little Theater on the Farm in Fort Edward. Boasting panoramic views of the surrounding countryside, the farm’s property is amazing for watching birds fly by.

Short-eared owls flock to the area in late fall and early winter, and you can spot them all the way through March. Hawks, northern harriers, and many species of songbirds, like bluebirds, fly around the area too, making this farm an exceptional birding destination.

What’s more is that birders and photographers are welcome at all times at Little Theater on the Farm. Stop by for an afternoon of bird-watching, and then catch a live concert while you’re there. 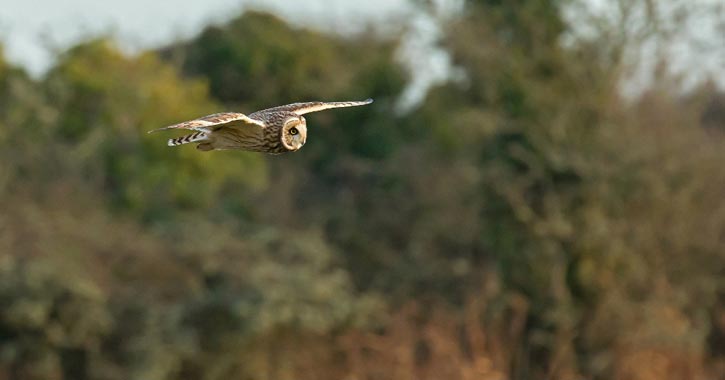 Although the IBA and Little Theater on the Farm are both great options for birding, a third hotspot is a short distance away. From the Little Theater, head southwest on Blackhouse Road in Fort Edward, and you’ll arrive at the Washington County Grasslands Wildlife Management Area.

This former agricultural site features nearly 300 acres of grassland habitat, and it is managed by the New York State Department of Environmental Conservation (DEC). New York State acquired the property from private owners in 2012 and 2013 in order to protect the area’s endangered wildlife.

What makes this birding destination special is that it has a half-mile trail that ends at a viewing platform with wide open views. Listen to the songbirds in spring and summer, and then spot owls later in the year. 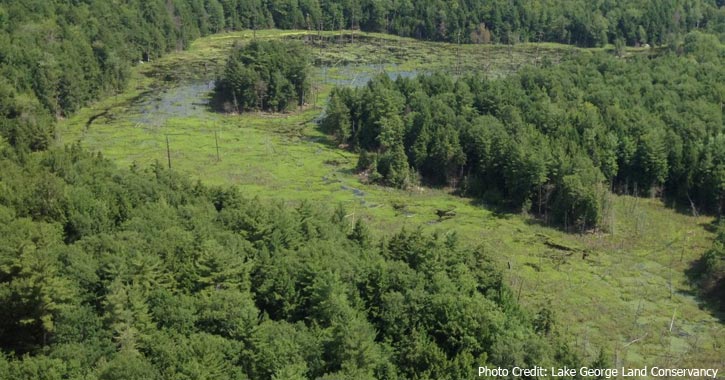 Head to the eastern shores of Lake George for bird-watching opportunities at the Gull Bay Preserve, located in the Town of Putnam.

Owned and managed by the Lake George Land Conservancy, this property is made up of wetland swamps, old logging roads and hiking trails, and scenic vistas of Lake George along the western edge.

This preserve has long been renowned as a habitat for great blue herons and other waterfowl that live there or visit the area seasonally. A large number of these migratory birds typically stop by in fall to rest, and then they depart before the winter chill sets in.

To reach Gull Bay, you can take NYS Route 22 to Gull Bay Road and then Sagamore Road. From the trailhead on Sagamore Road, hikers and birders can explore over 2 miles of trails that offer views of the Lake George watershed. 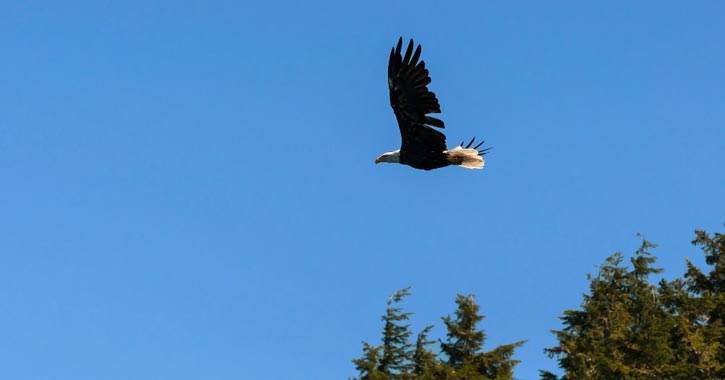 Follow the beautiful Battenkill River from Saratoga County into East Greenwich, and you’ll discover one of the region’s greatest places to see waterfowl, migratory songbirds, and much more – the Carter’s Pond Wildlife Management Area.

Managed by the DEC, this 400+ acre property contains a large pond surrounded by fields and trees, making it a fun spot to get outdoors and watch wildlife.

The management area has an accessible nature trail and observation tower, so everyone can come along for a bird-watching adventure. Keep an eye out for large flocks of ducks and geese during their spring and fall migrations, woodpeckers and songbirds during the warmer months, and bald eagles high in the treetops on occasion.

Visitors can access this designated Bird Management Area year-round. The main parking area is located a short distance from the intersection of County Route 49 and State Route 29 to the northwest of East Greenwich (on County Route 49). 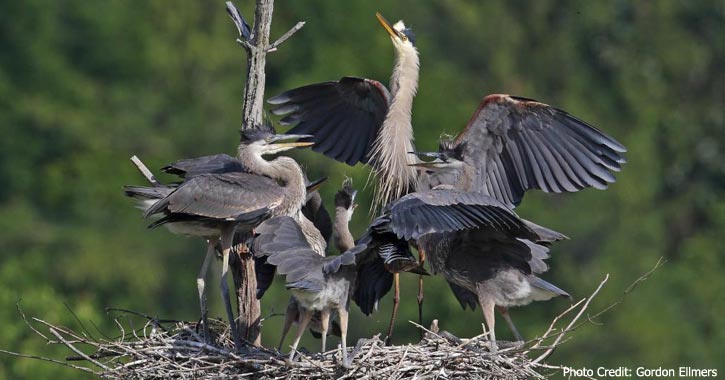 During your adventure to the Carter’s Pond Wildlife Management Area, make sure you save some time for a short trip around the corner to the Livingston Brook Heron Rookery. As its name suggests, this is the place to go for fantastic views of great blue herons in the wild.

Located right along the Livingston Brook just north of the Battenkill River, this particular property is protected and managed by the Battenkill Conservancy.

Since wetlands are a prime habitat for great blue herons, nearly two dozen pairs of these majestic birds come each spring to build their nests among the dead pine trees. Birders can typically spot these nests on foot from the roadway.

Canadian geese and wood ducks build their nests in the wetlands as well, and other waterfowl, swallows, and more are also common in the area.

Enjoy bird-watching in a peaceful setting at the Livingston Brook Heron Rookery. Parking is available along MacDougal Lake Road to the north of East Greenwich. 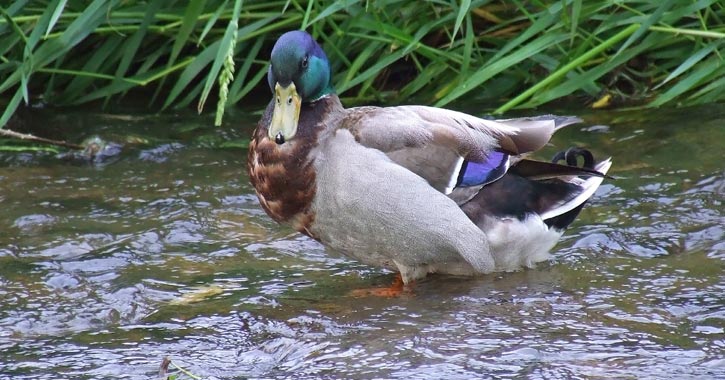 Between the New York-Vermont border and the Town of Whitehall lies the East Bay Wildlife Management Area, a state-owned nature park/Bird Conservation Area brimming with emergent marshes and other natural habitats.

The entire site is 38 acres large and open to the public year-round for non-motorized recreational activities, including bird-watching. It’s nestled in a narrow river valley with steep hills and a wetland that many species of waterfowl call home.

As you walk along the park’s 1-mile long trail, some of the birds you may spot include northern harriers, peregrine falcons, least bitterns, ospreys, mallards, and wood ducks.

In Whitehall, the site is accessible from Sciota Road (County Route 10). A sign for the Wildlife Management Area is located at the parking lot.

Ready to begin your bird-watching adventure? Before you take a trip to Washington County, here are some essential beginner tips.

First off, every birder should have a good pair of binoculars that will help you spot birds from across a field or a small body of water. Then, to identify the birds you’ve seen, you’ll want to have a field guide handy or a birding app that provides similar information. If you’d like to keep track of your bird-watching experiences, remember to take some photos or write down your notes in a journal.

Once you’re prepared, all that’s left to do is pick out one of the 7 birding sites!

There's so much to do in Washington County these days, but if you're looking for fireworks this 4th of July, look no further than the Washington County Fair! The celebration kicks off on Monday, 7/4 at 3:30 PM with live music, food trucks, and a cornhole tournament leading up to the main event at 9:30! And remember to purchase a square for Cow Plop Bingo to benefit the Capital Campaign, you might just win half the pot! ... See MoreSee Less