A Short History of Women’s Suffrage in Washington County

Posted at 10:50h in History by Washington County
0 Likes 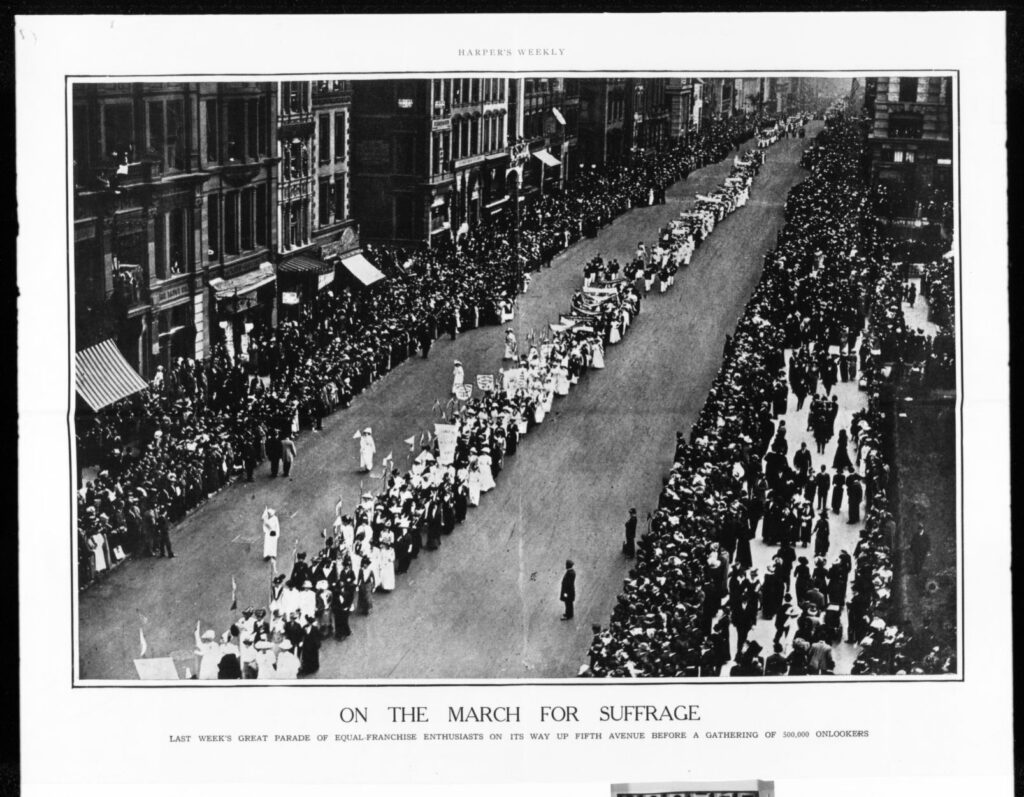 When you think of the Women’s Suffrage Movement in Upstate New York, you may conjure images of women in white with purple sashes marching through the streets of Albany or New York City, or maybe even Susan B. Anthony’s grave in Rochester.

But Washington County, too, played a major role in the fight for equal voting rights for women in the state, and eventually the nation.

As a rural community, parts of Washington County featured a strong Quaker community, creating a well-established foundation of women’s equality well before the movement started in earnest.

Quakers, also known as the Religious Society of Friends, provided an equal role for women since its founding in 16th century England, a principle that put Quakers at the forefront of the push for women’s suffrage.

Many women in Washington County embraced women’s suffrage, not just those who belonged to the Quakers. The idea of women’s suffrage resonated in the agricultural region where women worked the farm alongside men and shared equally the burdens and rewards. In fact, many of the members of Political Equality Clubs throughout our rural county were farm wives anxious to have their voices heard.

The Role of New York State

Many nationally recognized suffrage leaders, including Elizabeth Cady Stanton, Susan B. Anthony, Francis Willard, and Sojourner Truth, were from the state, and many others arrived to join the movement. As the suffrage movement grew, New York became a home base for many of these women, and men as well. 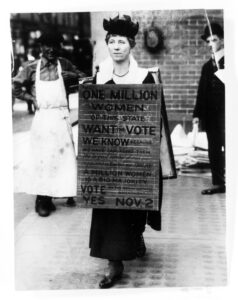 Decades later, a Congressional Record entry notes that California Senator Aaron Sargent introduced a woman suffrage amendment on January 10, 1878, without much movement. For 42 years, the measure was introduced at every session of Congress but was ignored or voted down.

When the 15th amendment granted African American men the right to vote in 1870, a rift formed in the suffrage movement. Arguments about who “deserved” the right more, white women or black men, divided many existing organizations into new factions, alienated black women of the movement, and likely set back achieving women’s suffrage by many decades.

One of the most famous American suffragists, Susan B. Anthony, was an activist, advocate, and organizer for abolition, temperance, women’s rights, and particularly women’s suffrage.

Born in Massachusetts to Quaker parents, Anthony and her family actually moved to Battenville in the town of Greenwich in 1826 when father got a job running a textile mill. She worked as a teacher at the Canajoharie Academy, became involved in reform movements, and was employed as an anti-slavery agent, but eventually narrowed her focus to women’s issues. 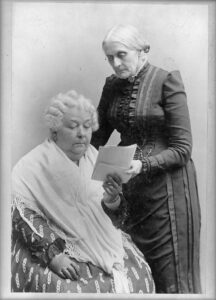 According to the Washington County Historical Society, “many of Susan’s feelings about women’s rights were formed right here. It was here at the one-room schoolhouse in Battenville that she was told girls do not need to know how to do long division. It was also here that she drew straws with one of her sisters to take the place of one of the girls in the mill when she was ill.

Susan won and worked for two weeks. She learned from her fellow workers that they turned their pay over to their husbands, fathers, and even their brothers. They were not allowed to keep the money for themselves. Susan’s father paid her and she spent the money as she wished. She even purchased a set of blue teacups for her mother.”

In 1851, Anthony attended an anti-slavery meeting in Seneca Falls where she met Elizabeth Cady Stanton by chance on the street, starting their historic friendship. The two worked tirelessly on the cause, Stanton as the thinker and writer and Anthony as the force, appearing before every Congress between 1869 and 1906 on behalf of women’s suffrage.

In November 1872, Susan B. Anthony and her sisters would succeed in casting their votes in an election in Rochester, only to be arrested two weeks later. The Anthony women returned to their childhood home county regularly.

The Easton Political Equality Club (PEC) was formed in 1891, with the encouragement of Mary S. Anthony, now Secretary of the State Woman’s Suffrage Association and sister of Susan. The sisters used their local connections to work with the women in the PEC and the local Grange to gain support for equal rights.

Susan B. Anthony did not live to see American women gain the right to vote, and died in 1906 at the age of 86. Yet, she believed in the cause until the end, as her final public utterance was, “Failure is impossible.” By this time, however, women did have full suffrage in Wyoming, Utah, Colorado, and Idaho. The fight in New York continued. 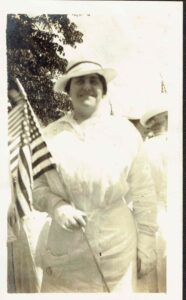 In nearly every town in Washington County, political clubs and community organizations were founded to advocate for women’s right to vote. Many local men, too, fought alongside women of the area, locally and in Congress. Erskine C. Rogers Sr., chairman of the men’s committee, Hudson Falls, said “It can be recorded that the men in Washington County declare their fairness to women, another proud fact in history.”

The grassroots efforts – delivering flyers, hosting luncheons and meetings, bringing in national movement leaders – paid off in 1917 when New York granted women the right to vote.

On November 7, 1918, when women would vote for the first time, the Hudson Falls Herald noted, “Women in this state last Tuesday exercised for the first time the voting privilege in equality with men. They responded to the new call in good spirit – thoughtfully and seriously. If the “home” suffered – the signs of the suffering have not yet appeared. If women lost anything of her womanly graces – the loss has yet to be observed. Quite the contrary – we believe the great day of citizenship became enriched by their participation.”

The 19th Amendment to the U.S. Constitution was ratified a few years later, in 1920, seventy-two years after the Seneca Falls convention.

Explore the full timeline of the U.S. Women’s Suffrage Movement.

Special thank you to the Washington County Historical Society for their help in researching this post. There is plenty more women’s suffrage history to discover in Washington County. Pay us a visit!