Step Back in Time on the Washington County History Trail

Posted at 3:39h in Experiences, History by SunnyA
0 Likes

If you really want to get to know a city’s history, get your walking shoes on! Washington County’s History Trail offers a scenic way to learn about the region’s evolution, experience its character, and discover its architecture, landmarks, monuments, parks, and natural wonders up close and at your own pace.

Experience a journey back in time by following the routes of exploration, migration, struggle, trade, and military action that celebrate many aspects of our past.

Battle of Fort Ann Heritage Site
Situated in the mountains of Washington County, New York, Fort Ann is located along the historic route linking French and English colonies in North America, making it an important outpost both before and during the Revolutionary War. Today, Fort Ann retains much of its small town character with a number of historic sites and structures within its borders

Turning Point Trail – Lakes to Locks
The Turning Point Trail guides you through a storied landscape, illustrating the events that led up to the Battle of Saratoga. Follow in the footsteps of charismatic General John Burgoyne, whose fateful decisions led to the turning point of the American Revolution.

Located in the hamlet of Shushan, NY the museum is housed in an old covered bridge built in 1858 by the Stevens Bros. The Shushan Covered Bridge Association, Inc converted it into a museum. A collection of period machinery and farm implements, many in working order, are used by visitors for hands-on experiences.

Rexleigh Covered Bridge
Rexleigh Bridge is a wooden covered bridge over the Battenkill in Washington County, New York. It is one of 29 historic covered bridges in New York State.

Buskirk Covered Bridge
One of the four historic covered bridges in Washington County, and it is located over the Battenkill River in Salem. 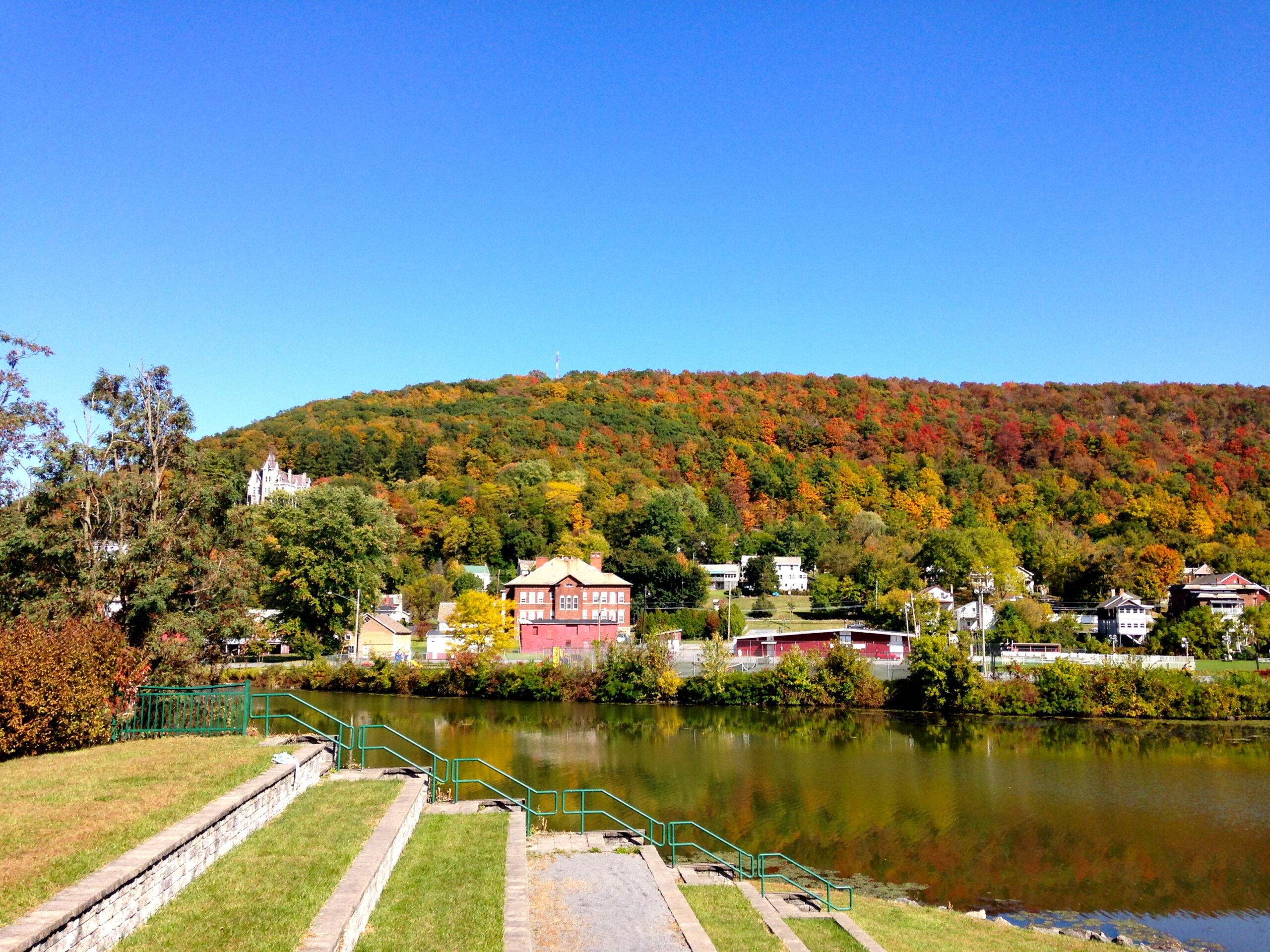 Washington County Fair Farm Museum
The Farm Museum displays artifacts of rural life in Washington County, New York during the 1800s–1940s. Exhibits show the many aspects of agriculture throughout the county including dairy, poultry, potatoes, crop production, and ice harvesting.

The Strand Theater
The mission of Hudson River Music Hall Productions, Inc. is to create community through music and the related arts. We accomplish this goal through our venue, the Strand Theater, at 210 Main St., Hudson Falls, NY.

The Georgi on the Battenkill Community Park and Museum
On the Battenkill and lovely 1950’s era home filled with art from the 15th through 18th century. The grounds are open to the public with an area for picnicking along the Battenkill or putting to float, also an excellent spot for Fly Fishing. A beautiful location for weddings. Rental information upon request.

Skenesborough Waterfront Community Park
We host various events on the waterfront. The site offers indoor and outdoor pavilions with fire pits for rent. The park offers electricity and water and showers free of charge ,donations accepted.

Skene Manor
Skene Manor is a historically preserved Victorian castle with gorgeous views of Lake Champlain and the Village of Whitehall Friday, Saturday, and Sunday from 12-4pm starting mid April through mid December offering lunch in the Tea Room, gift shop is located and free tours.

The Ransom Stiles House
Abolitionist, town supervisor and prominent citizen, Ransom Stiles’ home is a beautiful example of Federal-style architecture from prominent architect, Asher Benjamin. The rich history, connection to the town’s heritage and unique architectural details is cared for and under restoration by residents to be used as a community center.

Each year, the Washington County Fair near Saratoga Springs puts out all the stops for great agriculture displays, rides, and entertainment.
View on Facebook
· Share

Interested in learning about a native language and culture? Then be sure to join Jesse Bruchac for the Introduction to Abenaki Workshop on August 20th at Dionondehowa Wildlife Sanctuary & School www.glensfalls.com/event/abenaki-workshop-jesse-bruchac-227998/ ... See MoreSee Less
View on Facebook
· Share

New at the Fair this year: the 1st Annual Dairy Judging Contest will take place in the Beef Arena on 8/27 at 4 PM. This friendly competition is open to exhibitors of all ages!Dairy farmers interested in participating can sign up the week of the fair! If you are a farm or business interested in sponsoring this new event please reach out to the fair office at (518 )692-2464. ... See MoreSee Less