Posted at 12:27h in Experiences, History by SunnyA
0 Likes

We’re heading back to a few beautiful and historic main streets in New York, this time a bit further north in Washington County.

Like most of America, Washington County is home to more than a few iterations of “Main Street,” lined with beautiful buildings, bustling restaurants, and each town’s unique history. In this latest iteration of Washington County’s Main Streets series, we’re uncovering some of the history in two towns: Whitehall and Fort Ann.

It’s only natural that these hubs of travel, tourism, and trade came to be as they sit close to the area’s major lakes and rivers; Whitehall, on the southern banks of Lake Champlain and Fort Ann, set between Lake Champlain and the Hudson River.

We’ll start in the fertile countryside of Fort Ann. While the town today lacks an official “Main Street,” it has always acted as an important route, even linking the French and English colonies. Beginning in the late 1600s, settlers began to appreciate the area’s strategic location. It was the site of several forts built by various nations – the French in 1689, the English in 1692, and so on.

Fort Ann was even named for one such fort, built during Queen Anne’s War.

Later on, the 1777 Battle of Fort Anne (the ‘e’ was later dropped) acted as a major stepping stone in the Revolutionary War. This small but mighty important battle is credited both with delaying the British forces and providing necessary respite for the Americans before their decisive victory at the Battle of Saratoga.

This battle is said to have been the first time American troops fought under the stars and stripes!

You can enjoy the view of this historic site from Fort Ann’s Battle Hill Brewing Company, housed in a federal-style building built in 1840. Also on the town’s main thorofare is the historic Old Stone House Library, built-in 1825. There are many more historic buildings to discover in Fort Ann and even a self-guided walking tour!

Whitehall: Birthplace of the Navy 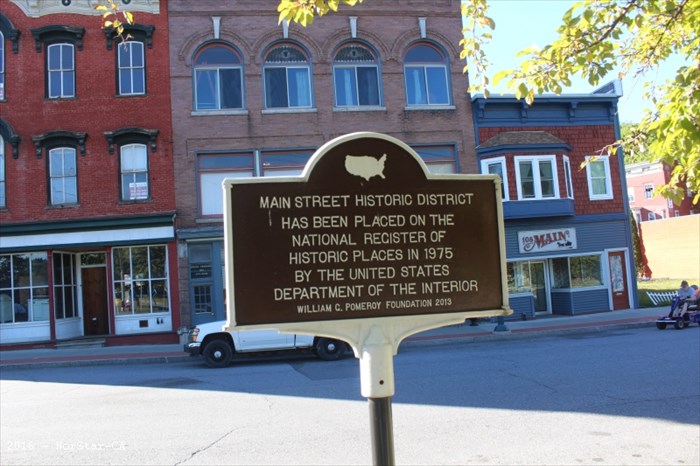 Another Washington County town with strong ties to the war effort is Whitehall. Known today as the birthplace of the Navy, Whitehall was first called Skenesborough after its founder, British Army Captain Philip Skene.

Benedict Arnold and Ethan Allen eventually commandeered Skene’s ships in Skenesborough Harbor, constructing their own fleet to use in naval battles against the British. The first “official” US Naval Fleet was built in 1776 under General Philip Schuyler.

You can see much of Whitehall’s history along Main Street, the former First National Bank of Whitehall, built in 1906 to the 1917 canal terminal building that now houses the Skenesborough Museum. You can view artifacts, photographs, and a diorama depicting the harbor.

As you move along the canal you may spot one of two unique, monumental buildings. Skene Manor, a gray sandstone castle built by Judge Joseph H. Potter in the late nineteenth century, overlooks the village. This symbol of turn-of-the-century wealth, is now a museum and tea room, open for lunches and tours – and sometimes ghost tours!

As legend has it, the body of Mrs. Skene was buried in the bar of the Manor. Although entirely untrue, the legend remains a part of Skene Manor history. 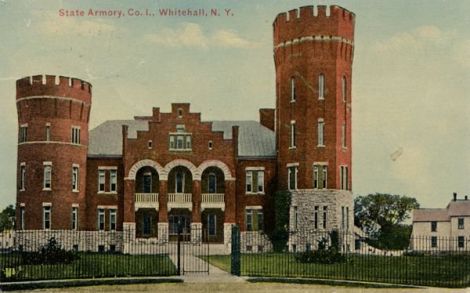 Another seemingly out-of-place structure is the Whitehall Armory, a historic National Guard armory built in 1899. It was designed by State Architect Isaac G. Perry to be reminiscent of medieval military structures in Europe. The armory remained in use until 2009, and was most recently the location of the Whitehall Athletic Club.